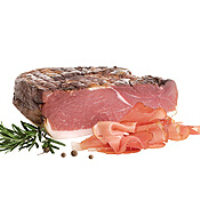 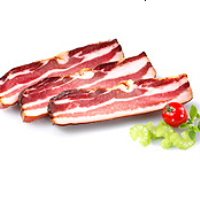 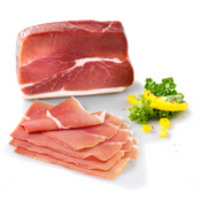 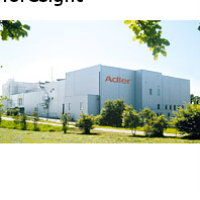 For the Adler family the love of the Black Forest and the awareness of quality combined with hearty enjoyment are of great importance.  Since 1920 Adler has been manufacturing selected Black Forest sausage and ham in the picturesque Hochschwarzwald (upper Black Forest) and ever since has represented the culinary tradition of an entire region. It is from here that Adler’s most famous recipe for Black Forest ham commenced its journey throughout the world. Adler is the synonym for Black Forest ham! Peter Adler was a pioneer in creating the Original Black Forest ham. Still today this is understood as the obligation to take on responsibility for their own high quality standards.
Since its beginnings, Adler has been situated in Bonndorf in the Hochschwarzwald (upper Black Forest), located 800m above sea level and climatically situated in a prime position with good air. The grandparents of the current company owners used to run a small guesthouse and butchery. In 1935, their son Hans took over the business and then not only enlarged the range of products but in 1955 already discovered the potential of mail-order business with "Schwarzwald smoked products". In the 1960s an abattoir was erected as well as meat-portioning, smokehouse and salt-curing facilities.

Under the management of Peter Adler, the manufacture and sale of Black Forest smoked products was significantly expanded. For this reason Adler is one of the most important employers in the region. The Adler family employs approximately 270 employees at the headquarters in Bonndorf and at the Achern branch.

Permanently focussed on quality, with regard to his employees Peter Adler also places particular focus on the training of own qualified staff, both in the industrial as well as in the commercial sector. Ultimately the name ADLER stands for a high level of competence along the entire value chain, from slaughter right up to the final consumers. In the past and also to this very day.